Born in El Paso Texas and raised in Sharon, Massachusetts, May-Lisa Chandler started to learn Gymnastic at two years old at the Cathy Corrigan School of Gymnastics, where she then become a participant in the junior Olympics in her young ages. When May-Lisa reached her teenage years, she wanted to advance her athletic skills by training as a dancer in Ballet and modern at the Roxbury Center for the Performing Arts. After just a few short years, Chandler then joined, “A” Major Dance Company where she performed styles from lyrical-jazz to modern-ballet.

Later, May-Lisa was casted in a movie with Goldie Hawn and Steve Martin in “House Sitter” where she played the role of a Classroom dancer. After having this experience, this then brought her to working with choreographers such as Gregory Hines, Alvin Ailey and others. At the age of 22 she began dancing with IDT Dance Company and shortly thereafter Chandler began training at the Ailey School with Mr. Ailey as one of her mentors. after training at the Ailey School, May-Lisa became an original member of Phunk Phenomenon Dance Company at the age of 27.

Throughout the years of performing May-Lisa has been a dance/movement instructor for the Boston Public Schools, private organizations and community centers. Working alongside organizations such as BalletRox, Roxbury Center, Sharon Dance Center, Jp School of Dance, and Bird Street Community Center has given May-Lisa a wonderful opportunity to work with the inner city youth of Boston. Previously selected as Artistic Director of One Luv Dance Company then moving forward as Co-Founder and Executive Artistic Director of Jo-Mé Dance Arts Inc. May-Lisa plans to help grow our youth’s education in the arts and self-awareness by providing opportunities for inner city dancers, from young to professionals, to help embrace their artistic voice. 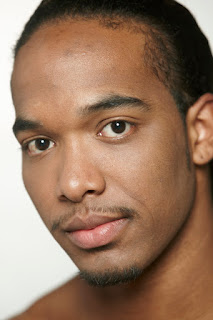 González is a Afro-Latino American Dancer and Choreographer. Born and raised in Boston Massachusetts, González started dancing at a young age, where he was selected for Boston Ballet’s City Dance, Ailey Camp Boston and their after school program Act II. In late 2001 González enrolled at the Roxbury Center for the Performing Arts and after his first year of taking dance serious at the Roxbury Center, he decided to apply to a performing arts highschool called Boston Arts Academy. In 2006, he received the Boston Arts Academy’s Dance Award and the Young Arts Merit Award (National Foundation Advancement for the Arts) as well as the John Ross Award in 2007 for Theatre Excellence. During his training, Joe has participated in programs such as; Boston Conservatory’s Summer Intensive (2006), American Dance Festival (2004), Bates Dance Festival (2005) and SpringBroad Danse Montréal (2010 and 2011). After graduating high school as a Dance Major, Gonzalez went on to the Boston Conservatory where he was featured in many of the conservatory’s performances and presented his own works in the very seletive choreography showcase. Joe received his Bachelor’s in Fine Arts from the Boston Conservatory and has co-produced an evening performance and dance installation.
González has toured and performed national and internationally as a full time performing artist with Anna Myer and Dancers (2005-2014), Deborah Able Dance Company (2011-2014 & 2017-2019), Prometheus Dance (2011-2014) and “A” Major Dance Company (2005-2014). Gonzalez has also danced with DMB|#DBdanceproject, Putty Dance Project, Dance IQUAIL, Zoé Dance, Danza Orgánica, Waheed Works and David Dorfman Dance. As well as traditional holiday performances such as Black Nativity Boston since 2005. Joe currently is a performing artist with Philadanco! (The Philadelphia Dance Company) and Jo-Mé Dance Arts Inc as their choreographer and co-Artistic Director/Founder along with May-Lisa Chandler. Performing and Choreographing has taken Joe around the world such as India, Scottland, Chile South America, London/Leicester UK, Netherlands, Germany, Canada, Luxembourg, Switzerland, and USA. Joe Has commissioned 2 works at Bryn Mawr College in 2018 and 2020 and many works for Jo-Mé Dance Theatre and other showcases. As González continues to be a performing artist and choreographer, he also is the Artistic Director of Philadanco’s 3rd Company (D/3) since 2017 and is a dance professor at Temple University since 2018. Joe will continue to perform, create work and co-directed Jo-Mé Dance while creating more space for his choreographed to flourish! (Joe's website)
Home
Subscribe to: Posts (Atom)